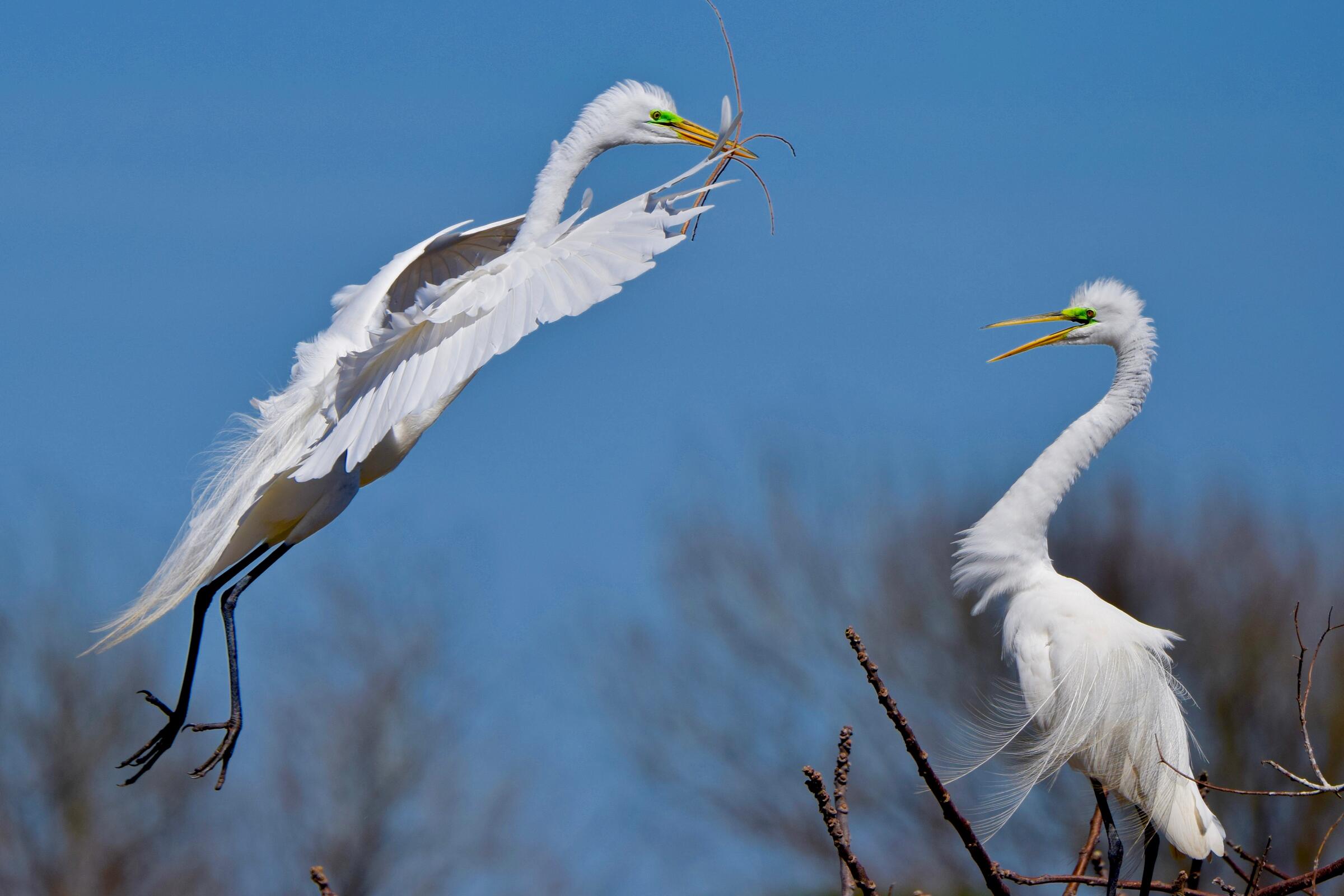 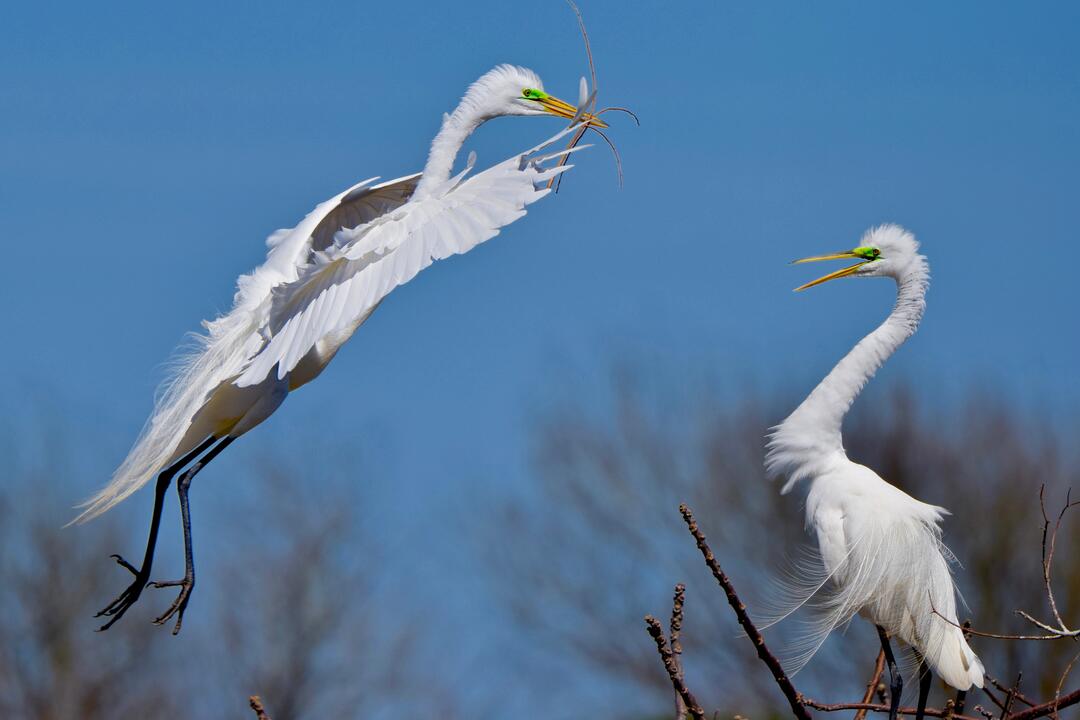 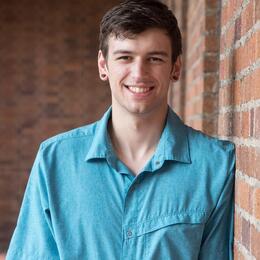 Vermont’s birds can thank the dedicated Representatives and Senators of our General Assembly for advancing important legislation to protect birds and bird habitat during the 2019-2020 biennium. Last week finished up an unprecedented legislative session during an unprecedented time. Facing the COVID-19 pandemic and the associated economic stress, Vermont’s General Assembly worked through September instead of wrapping up in April as is typical at the end of a biennium. Legislators were also confronted with the challenge of doing their work remotely and navigating the complexities of holding committee hearings and voting using videoconferencing software. While the process was a challenge for everyone involved, legislators, state agency staff, advocates and the public, birds came out winners thanks to legislative leadership and the active participation of Audubon Vermont members.

Despite all of the great work by the Vermont General Assembly, we still have one more hurdle to clear – two of the bills still need to clear the Governor’s desk in order to become law. The two bills are H.683 relating to migratory birds, and H926 relating to Act 250 improved forest protections. With a final push from Audubon Vermont and our members, we can get these bills across the finish line. (Learn how you can help at the end of this article.)

For my part, I was privileged to participate at the end of the session to watch the hard work of so many come to fruition along with two of my fellow Audubon Policy Interns, Morgan Klimmek and Jordan Hitch. As Vermont Law School students, we have been learning the theory of how law is made and the past month revealed the process in all of its messiness and excitement. Together, we were able to watch the deliberations of the House and Senate Natural Resources Committees, and the debates that took place on the floor of the Senate and House. I was struck by the mix of passion and civility displayed by our legislators and proud to be part of watching Vermont’s democratic process in action.

Here is a brief summary of the three bills that Audubon Vermont has been working to advance, along with many other environmental organizations and other partners, and which will have important benefits for Vermont’s birds.

Migratory Bird Protections (H.683): In response to a change in federal law, and in light of recent reports demonstrating that North American bird populations are facing significant declines and are also at risk from the impacts of the climate crisis, the Vermont General Assembly passed H.683 nearly unanimously. This legislation prohibits actions where the death or harm of birds is a “direct and foreseeable result” and where the action causes at least local population impacts. This legislation fills a gap left behind from a rollback of the federal Migratory Bird Treaty Act by the U.S. Department of Interior in 2017.

As a state that prides itself on our abundance and diversity of birds, and with a record number of birdwatchers, it was important that Vermont step up by taking action to protect migratory birds. Our legislators agreed and the bill passed with strong support across all parties. The bill advanced in the House thanks to the leadership of the key co-sponsors, Representative Amy Sheldon, Chair of the House Natural Resources, Fish and Wildlife Committee and Representative Kari Dolan of Waitsfield. The bill received a critical boost from leadership in the Senate including Senator Chris Bray, Chair of the Senate Natural Resources Committee, and Senate President Pro Tempore Tim Ashe. The Vermont Department of Fish and Wildlife and Commissioner Louis Porter also played a critical role in advancing this bill. Most importantly, Audubon Vermont members made their voices heard to ensure that Vermont will continue to provide critical protections to our migratory birds, regardless of what happens in Washington DC.

Global Warming Solutions Act (H.688): The Vermont General Assembly has passed this bill into law over Governor Scott’s veto. The override vote is an indication of the high level of support for action to address climate change in the General Assembly. This bill is important to Audubon Vermont since the greatest single threat facing birds today is due to the climate crisis.

This bill sets carbon pollution reduction targets, requires the development of a state plan to achieve those goals, and creates an enforcement provision for the public to sue the state for non-compliance with implementing that plan. Audubon Vermont joined together with a broad coalition of organizations across the environmental, housing, social services and energy sectors to help advance this bill.

We are particularly excited about the inclusion of natural climate solutions in the plan requirements. These provisions are intended to ensure that our state agencies give careful consideration to the potential for the use of natural systems and working lands to both address climate change while providing ecological and economic value in the form of natural goods and services. Those ecosystem services include vital benefits such as water quality protection, flood mitigation, and food production. Investing in these climate change strategies will support a locally-based clean energy economy that makes good sense for Vermont's birds and communities.

Act 250 Modernization (H.926): This bill adds new protections for large forest habitat blocks in Vermont, while setting the state on a path to develop a streamlined regulatory oversight program for the development of recreational trails. With enhanced protection for intact forests, this bill supports rural economic development, helps tackle climate change by promoting carbon storage and sequestration, and supports trails, in part through a requirement that the Agency of Natural Resources develop a new program that will, once established, ensure environmental stewardship and best management practices for Vermont's expanding trail networks.

Audubon Vermont has been working to advance these forest protections for years, as part of a coalition of groups called the Forest Partnership. While not all of the important changes considered by the General Assembly for modernizing Act 250 made it into the final bill, this legislation makes significant improvements to the law related to important issues, and Audubon Vermont is committed to working with legislators to continue updating Act 250 in the coming biennium.

Throughout the extended session Audubon Vermont members made their voices known by contacting legislators when they mattered most. Vermont's birds are grateful for your commitment and support. And that support continues to be needed. As noted above, two of these bills, H.926 relating to Act 250 forest protections, and H.683 relating to migratory bird protections, are on their way to Governor Phil Scott.

We learned at 7:00 pm on Monday, October 5 that Vermont’s Governor Scott vetoed H.926, the Act 250 Moderinzation bill. Audubon is disappointed that the Governor did not see the value of protecting Vermont’s forests for birds and our communities and will continue to advocate for increased protections for our forests through Act 250 and other state laws.