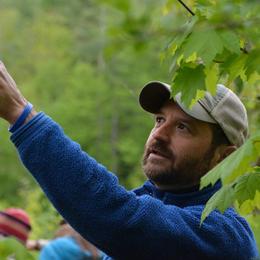 Birdathon: Thanks for Birding with Us!

Thank you for making Birdathon a wonderful adventure!

Donate to our Birdathon! 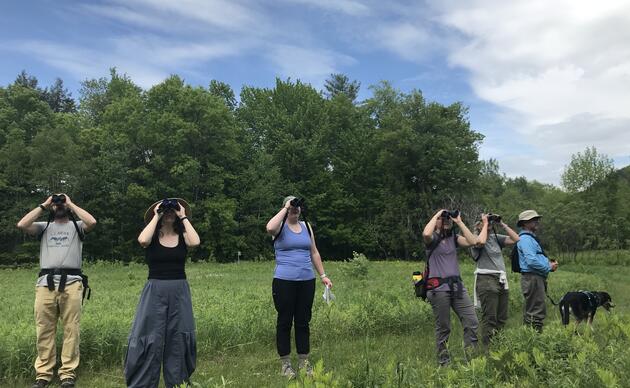 Most of us have at one time or another giggled at the sight and feel of an earthworm wriggling in the palm of our hand. There is also a notion that worms are “bird food” and therefore must be good, right? Not necessarily. Each of the 19 known species of earthworms found in Vermont are non-native. While the majority of these originated in Europe, the three most impactful to forests are snake, or jumping, worms from Asia.

Snake worms alter forest soil structure and quickly consume leaf litter. As a result it can be difficult for tree seedlings and other forest shrubs to germinate and become established. In these situations a dense and diverse layer of understory vegetation, critical nesting habitat for birds such as Black-throated Blue Warbler, may not develop. Combine this effect with an over-abundant white-tailed deer population, which actively browse vegetation in this forest layer, and the issue becomes even greater.

A forest floor devoid of leaf litter presents its own set of challenges for a host of bird species. Take the Ovenbird, a common ground-nesting warbler. Without leaf litter this species is not able to conceal its nest, making it more susceptible to predation. Many insects, spiders, and other arthropods reside in forest litter. For Ovenbirds, as well as Wood and Hermit Thrushes, these are mainstay food items during the nesting season. A reduction in food availability may require the birds to establish larger territories, resulting in fewer birds in any given area.

While it may not be possible to remove these non-native earthworms from our forests, according to the University of Vermont and Vermont Department of Forests, Parks, and Recreation there are steps that can be taken to minimize their impact on forest health, and subsequently the birds that reside there.

For more information on worms and forests check out these additional resources: