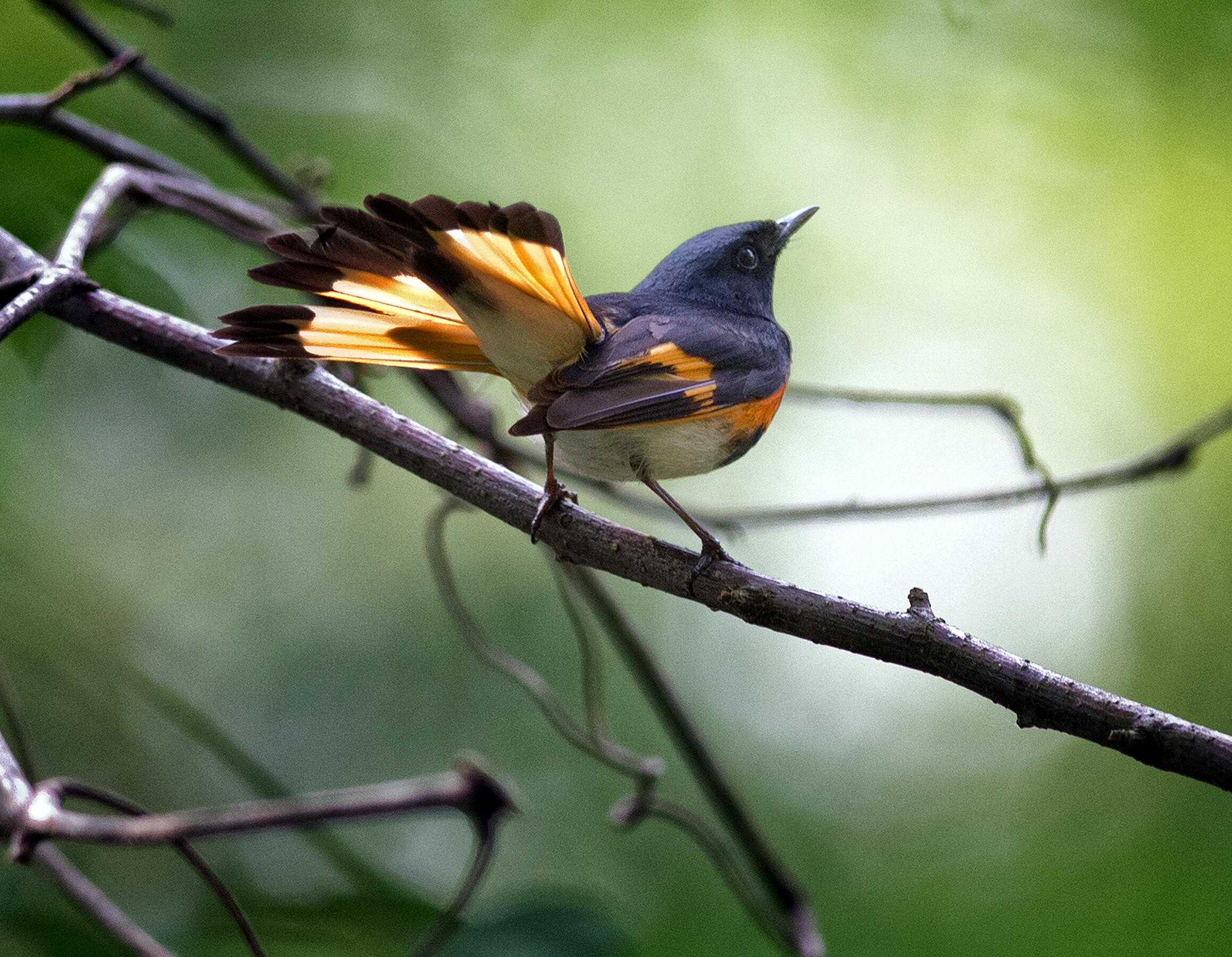 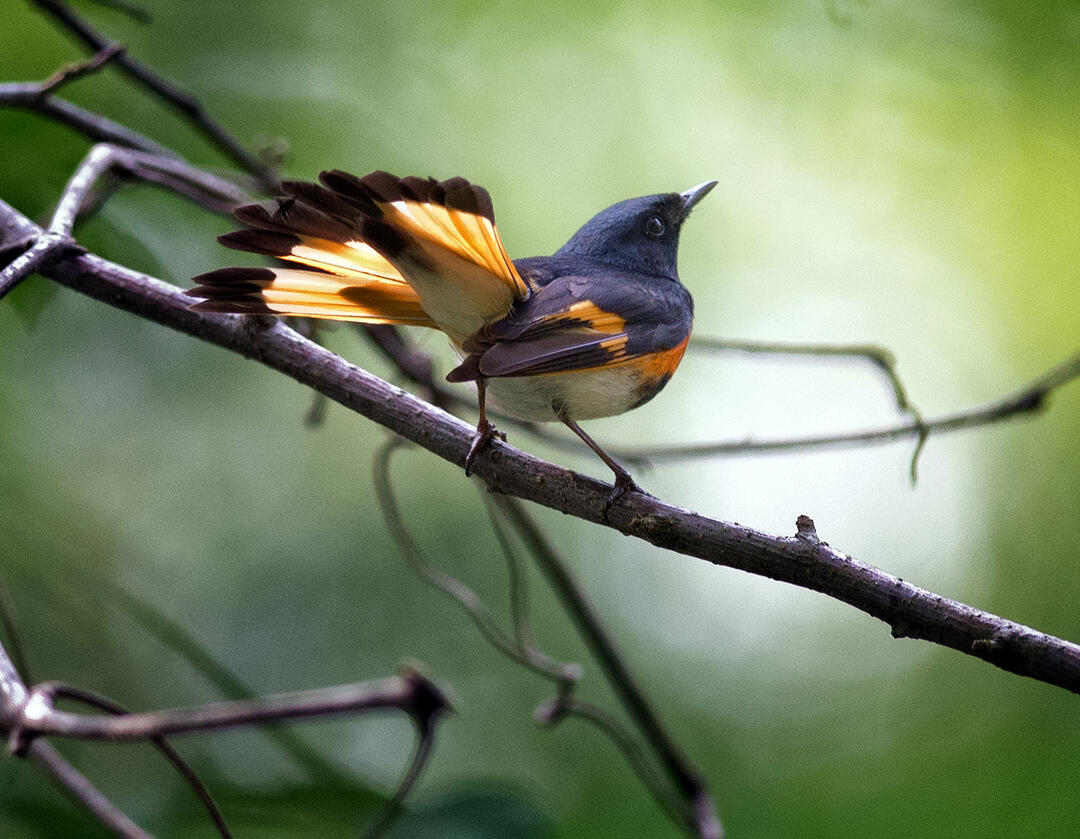 Join us for celebration of birds and the grand re-opening of our renovated Education Barn! 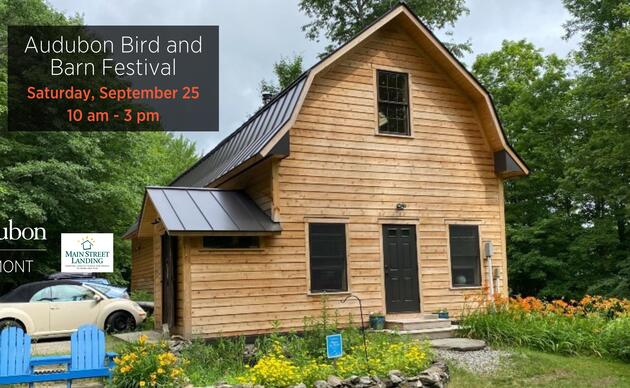 About the author: Lucie Lehmann is a new resident to Vermont after visiting for 20 years.  She is retired from a career in government where she spent years working in the U.S. Senate and Department of State.  She is a passionate birder, gardener and lover of the outdoors. She is also the author of a best selling cookbook about Maryland and a book on green roofs. She now happily birds throughout the Champlain Valley and beyond.

Days after the last songbirds came through Maryland this spring, I followed them north. My migration was neither to breeding grounds nor to escape COVID, but to be closer to family in retirement. And unlike the mixed flock that rested and fed voraciously for two days in my yard and then took wing, my journey was by car, and I packed my own food so I wouldn’t have to stop on the road.

It was every bit as hard as I thought it would be to say goodbye to friends and family. What I didn’t expect was how difficult it was to leave the birds behind. I lived on a tributary of the Chesapeake Bay, and every season gifted large numbers of birds: trees and thickets full of returning songbirds every spring; nesting Ospreys; resident Bald Eagles; and rafts of Buffleheads, Canvasbacks and other waterfowl wintering in the cove in front of my house. When I sold my house I boldly asked the new owners to keep the dock light on for the Great Blue Heron who fishes there every night. And when my bluebirds fledged just one out of five of their hatchlings before I left, I cried, cleaned their box and watched them start anew. Their resilience inspired me, but I was heartbroken to miss their next clutch.

Birds have been my lifelong teachers and companions. A flock of nesting Canada Geese accepted me in their midst as a shattered five-year-old after my mother’s abandonment. For weeks, they allowed their goslings to weave around me like ribbons on a maypole, drowning the sounds of my crying with their cacophonous honking. Many years later, when a divorce forced me off the beloved farm where I had put down deep roots, and erected more than a dozen nesting boxes for owls and bluebirds, and set aside huge meadows for ground nesters, it was the birds again who showed me the way forward. Many of the same species on the farm came to the new feeders at my temporary suburban home. When I looked out one morning and saw a pair of Pileated Woodpeckers hanging on my suet cake like kids on a tire swing, I laughed for the first time in months. No one place, they reminded me, no matter how sublime, holds all of life’s beauty, promise or surprises.

Birds also taught me to be a steward of the land.  Years ago, because of them, I stopped letting my cats go outside, eschewed pesticides, left piles of brush for cover, and planted native perennials and trees--hosts for the fat and nutrient-rich caterpillars they needed to rear their young. After just a few years, the rewards of those efforts were obvious: the return of meadowlarks to the farm for the first time in decades; large numbers of bluebirds and Tree Swallows vying for nesting boxes; and, late one March afternoon, a field full of peenting American Woodcocks shooting skyward, just to name a few.

One of the first things I did when I moved to Vermont was sign up for bird walks through Audubon and a local senior center. I found not just new paths and birds, but new friends: others who shared my love of birding and the outdoors, my commitment to social justice and the environment, my passion for travel and my delight in gardening. And while I missed the many Yellow Breasted Chats and Indigo Buntings that nested in a park near my house, and the family of Northern Mockingbirds that resided in my yard and patrolled the fence year-round, there were new pleasures. I marveled at weeks of American Redstart tail flashes and songs; uncut fields hosting nesting Bobolinks and Savannah Sparrows; and the rarity of a breeding pair of Dickcissels not far from my new home in South Burlington. I learned new songs and accents -- human and avian alike – and I slowly found my footing and my own flock.

I cannot fathom people who don’t notice birds, who miss the beauty of their songs and feathers, the laughter from their antics, or the miracles of their migratory and navigational feats. It’s not just that they ignore at our collective peril the catastrophic decline in bird populations. It is also that, just as birds taught me about good parenting, they have so much to impart—if only we pay attention and act--about how resilient nature is when we work with, and not against, it. I am reminded of that every day when I see the robust fledglings on the many occupied Osprey platforms and eagle nests close to Lake Champlain—just as there are on the Chesapeake.

As summer wanes, the first migrants are already staging and heading south. Flocks of swallows, Purple Martins and Eastern Kingbirds are gathering to leave, and a big part of me still wants to follow them south. It is just plain hard starting over at this age. But the adventurers give me courage, as they always have. Since they are brave enough to leave on a treacherous journey, many of them for the first time, then I will find it in me to stay on mine. And next spring when the birds return again, my new garden and I will already be here to welcome them.