Considered the fastest animal in the world, the Peregrine Falcon, Falco peregrinus, is a medium-sized hawk with long pointed wings and a streamlined body.  The Peregrine Falcon is one of the first species to be listed under the federal Endangered Species Act, and the species’ recovery is one of the Act’s greatest success stories.

Peregrines are magnificent and powerful birds and for many inspire a sense of awe and freedom.  The name “peregrine” comes from the Latin in reference to the birds’ wandering flights over the sea and to their secretive nesting sites.  Peregrine Falcons mostly nest on sheer cliffs, buildings, or bridges that provide horizontal ledges for nesting and protect nests from predators, weather, and human disturbance.  Their diet consists almost entirely of other birds.

Peregrine Falcon populations suffered significant declines beginning in the 1940s largely due to the pesticide DDT.  The last wild adult in the East was observed in Vermont in 1970.  That same year, the Peregrine Falcon was listed as a federally protected species.  With help from the protections garnered through the ESA, an intensive captive breeding and release (hacking) program, and the banning of DDT in North America, the peregrine was successfully re-established in the eastern U.S.  In Vermont, 93 young birds were released at three hack sites from 1982-87. The first peregrine pair returned to Vermont in 1984 and nested successfully the following year.

The Peregrine Falcon has returned to the eastern US and its recovery in Vermont has reached its final stages with more than 55 pairs in 2020, nearly doubling historic estimates of 32 pairs in the state. The peregrine was removed from the federal list of endangered and threatened species in 1999 and the Vermont State list of endangered species in the spring of 2005. Peregrines are considered a recovered species in Vermont, but their continued success is dependent on monitoring, nest site protection, and public education.

In response to the species’ success in Vermont, monitoring efforts were reduced in 2011.  At least 30 sites have been monitored each season since then. Of the 55 sites monitored in 2020, 36 produced at least 77 fledglings.

Audubon Vermont coordinates Peregrine Falcon monitoring and management efforts in partnership with the Vermont Department of Fish and Wildlife, private and public landowners, and community scientists.  Biologist Margaret Fowle works with Fish and Wildlife staff and community scientists and partners to monitor and protect nesting cliffs during the breeding season. Occupied cliffs are monitored throughout the state from early April through late July.  These monitoring efforts attempt to locate nests, determine incubation, hatching and fledging dates, and count the number of young fledged at each site.  Access to some cliffs is restricted during the breeding season so as to minimize human disturbance.  VPR's Outdoor Radio did a segment with Margaret Fowle in 2015, and Margaret discussed the success of the 2016 breeding season with colleague Mark LaBarr on an episode of Across The Fence.

The Peregrine Falcon has entered a previously uncharted phase in wildlife restoration – sustaining the species’ recovery long after its removal from the Endangered Species List. Although we celebrate the peregrine’s success, short and long term threats to the species’ viability remain.  There has been evidence of elevated levels of contaminants peregrine eggs from Vermont and other northeastern states.  The steady peregrine population growth in Vermont indicates that current contaminant loads do not appear to be preventing the expansion of the state’s population, but monitoring the population is important for detecting any future negative effects.  This and other issues such as encroachment of development, direct human disturbance, extreme weather events from climate change, and predation indicate that continued vigilance through monitoring and management are essential to ensure the viability of peregrine populations in Vermont.

The success of peregrine recovery efforts has been due in large part to the protection of the state and federal endangered species acts, professional partnerships, and dedicated volunteers.  If you would like to contribute or be a part of the Vermont Peregrine Falcon Recovery Project, please contact Margaret Fowle at margaret.fowle@audubon.org or (802) 434-3068. 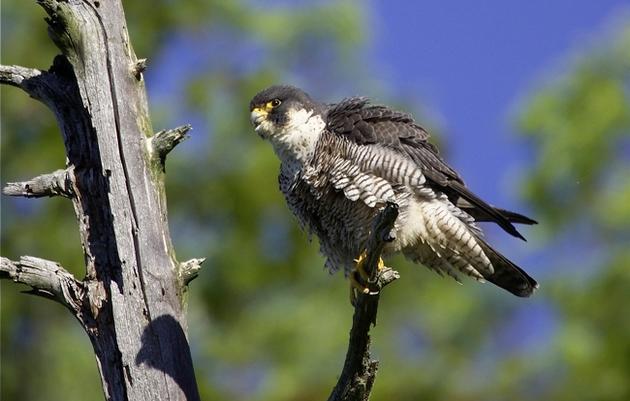 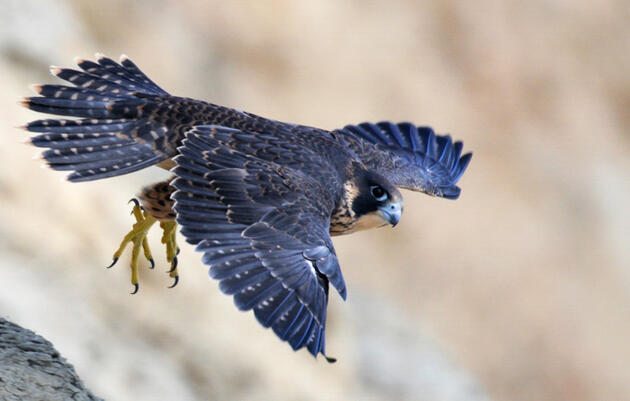 We asked Ellen to give us the story. 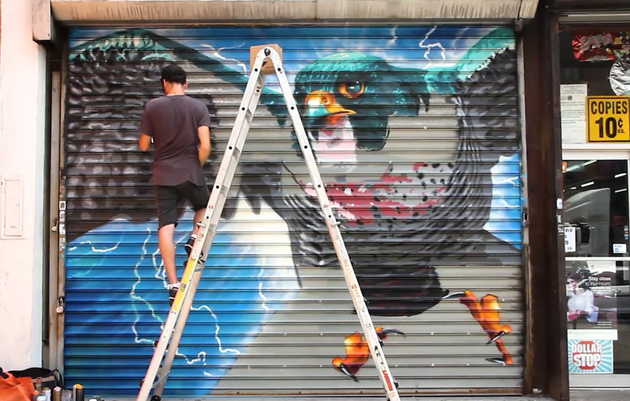