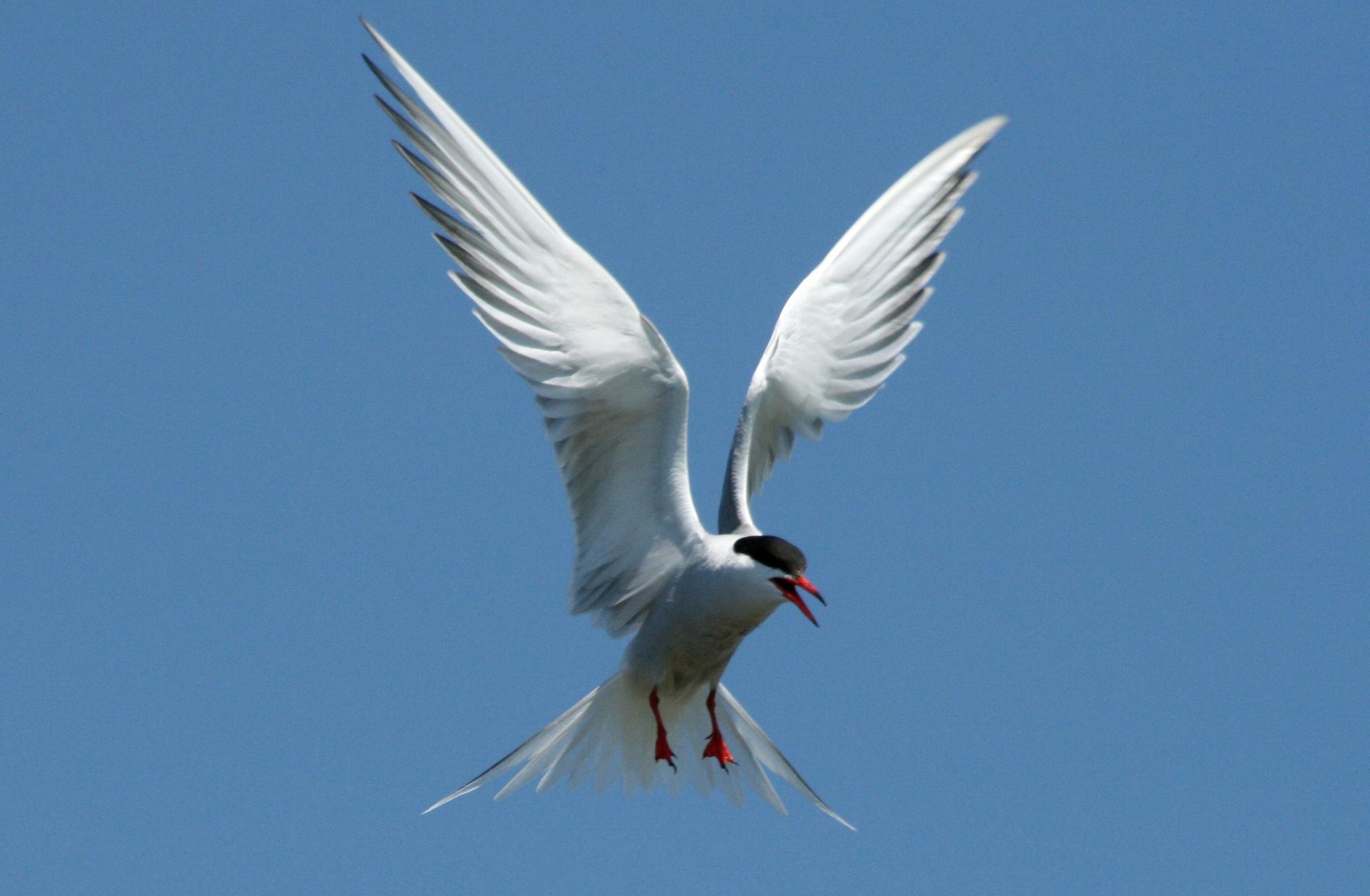 The Common Tern Recovery Project is a joint effort of Audubon Vermont and the Vermont Fish and Wildlife Department. Since 1988 biologists have worked to protect this state endangered species on Lake Champlain. These efforts have been successful and have resulted in a 300% increase in adult numbers since 1988.

Natural History
The Common Tern can be found nesting around the world. In North America they nest along the Atlantic Coast from Virginia to Nova Scotia and throughout the Great Lakes. Common Terns nest on isolated beaches and islands as well as on dredge spoils and marshes.

Their primary food is fish, which they catch by diving and grabbing with their bill from just below the surface of the water. In Vermont they nest on 1-6 small islands in northern Lake Champlain. Audubon Vermont's Popasquash Island Sanctuary is the largest nesting location. Other nesting islands include Rock and Grammas islands, both of which were protected with the help of the Lake Champlain Land Trust.

Common Terns return to Vermont in late April and early May from their wintering grounds in Central and South America. They nest colonially (in groups) beginning in May. Their nest consists of a shallow scrape in the ground and holds 1-3 eggs. Incubation is about 3 weeks, after which the tern chicks hatch asynchronously (one at a time). They are able to move after a day or two where upon they quickly seek shelter in rocks or vegetation. They can fly in about 21 days.

Common Terns leave Vermont in late August to return to their wintering grounds in the tropics. It will take 2-3 years before a young tern will return to Vermont to breed.

Unique Characteristics
Common Terns are very faithful to their nesting sites. In Vermont up to 80% of Common Terns return to nest on Lake Champlain from year to year, sometimes to the exact same spot and with the same mate as the year before.

Common Terns have a unique mating ritual in which the pair do acrobatic flights together over the nesting island. The male also intices the female to pair with him by bringing her fish, a behavior called courtship feeding. Studies have shown that the female chooses her mate by the size and number of fish brought to her by the male.

Problems
Common Tern breeding numbers on Lake Champlain were between 300 and 400 pairs in the late 1960's. Their numbers declined rapidly during the 1970' and 1980's and reached a low of 50 pairs in 1988. They were put on the Vermont Endangered Species list the following year. Researchers found that owl predation, over-crowding of the nesting islands by Ring-billed Gulls and human disturbance were the primary causes of the decline. More recent concerns include the expanding Double-crested Cormorant on Lake Champlain and the impacts this species may have on tern nesting islands.

Biologists began monitoring the population in 1980 and implemented several management techniques to help the tern in 1987. These techniques included posting the islands to limit human disturbance, building "chick shelters" to protect the newly hatched chicks from predation and controlling the gull population on tern nesting islands.

The techniques have been successful and Common Tern numbers grew throughout the 1990's. Audubon began coordinating the Common Tern Recovery Project in 1997 when Common Tern Biologist Mark LaBarr came to Audubon. Mark has worked with the Common Terns on Lake Champlain since 1988 and continues the monitoring and management activities that have been so successful. One milestone was the designation of four of the Common Tern nesting islands as Vermont Important Bird Areas in 2000. These islands currently make up the Common Tern Islands IBA Complex.

Current Status
Common Tern numbers have fluctuated over the past two decades from about 140 pairs in the late 1990's to 275 pairs in 2013. The 2013 numbers represent the highest adult counts since the early 1980's. Adult breeding numbers dropped slightly between 2014-2020 but still remain high enough for the terns to be considered for down-listing from endangered to threatened. Reproductive success remained low during this latter period resulting in the species remaining on the state endangered list. However in 2020 with the introduction of a new innovative management technique reproductive success soared to more than 240 fledglings. Audubon Vermont will continue management activities in 2021 with hopes of continuing this trend and to ensure the Common Tern remains a part of the Lake Champlain avian community. 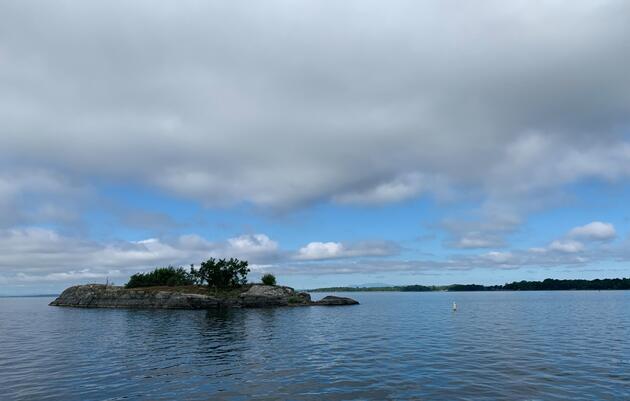 This Summer on Poppasquash Island 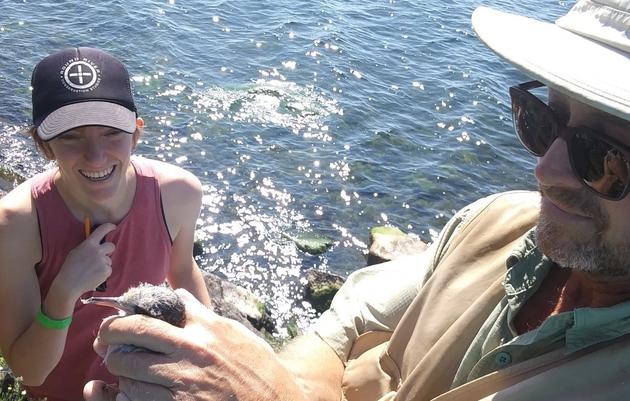 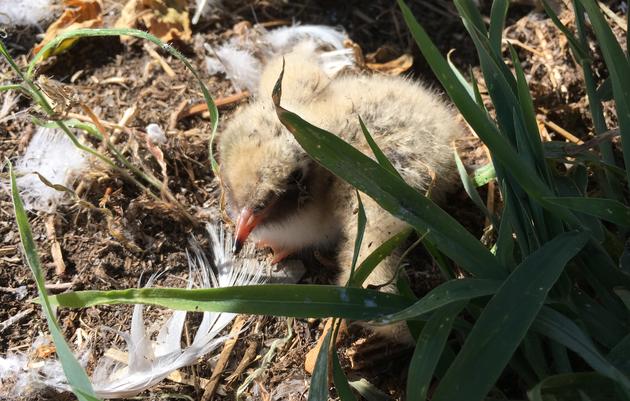 Life and Death on Popasquash Island

Field notes from a Common Tern colony on Lake Champlain