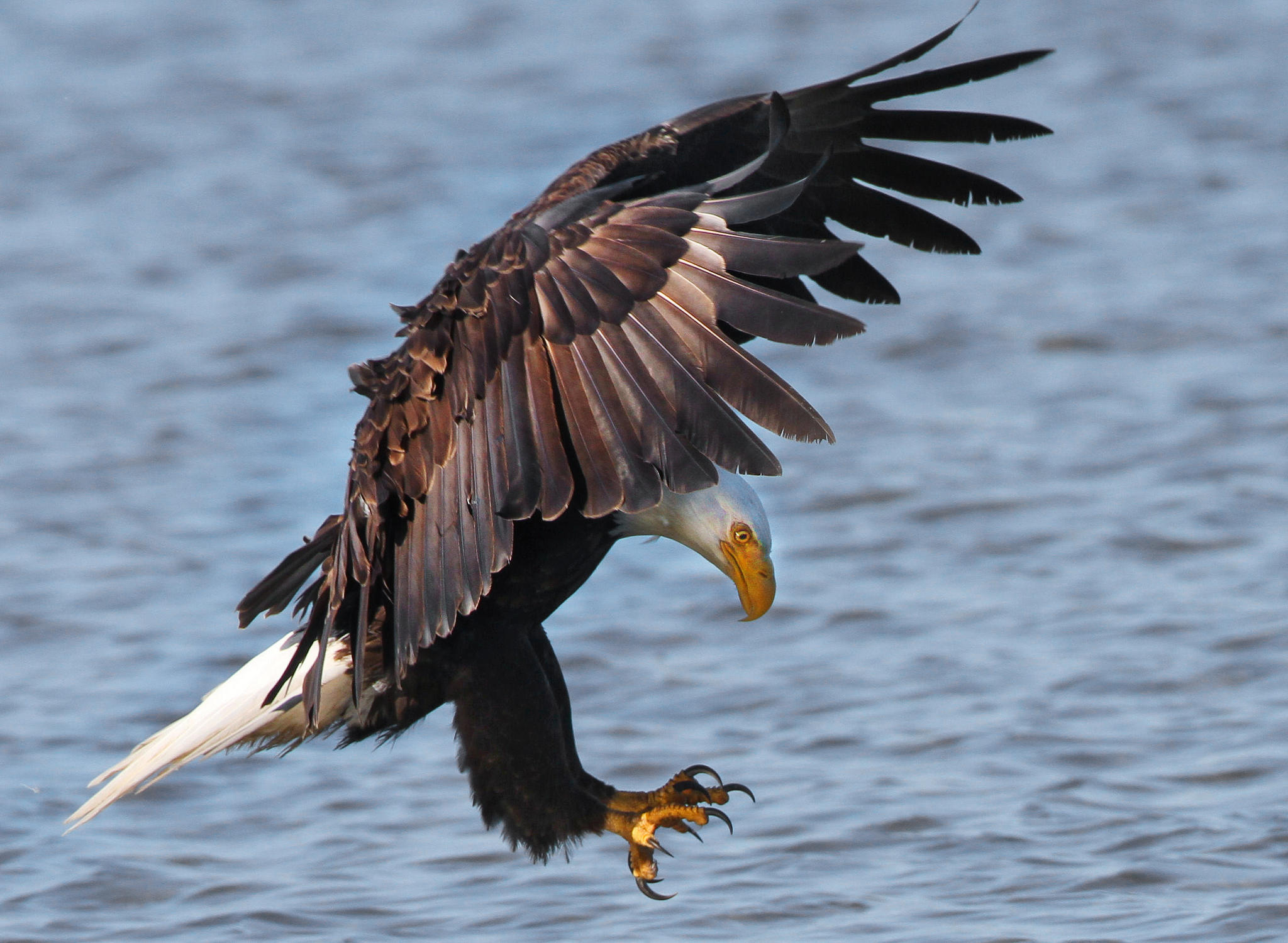 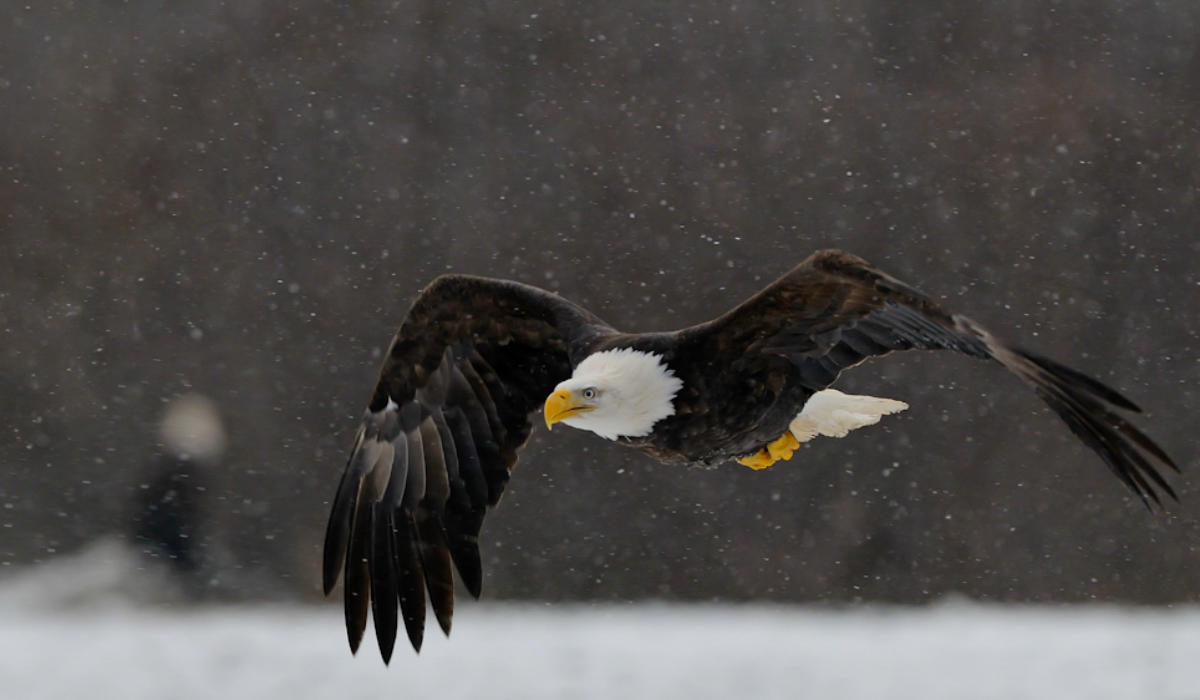 When submitting sightings, please record any notable behavior, such as carrying sticks to build nests. Thanks for your interest in Vermont's eagles!

Bald Eagles have made a strong comeback in Vermont and throughout the U.S.  Audubon Vermont works with Vermont Fish & Wildlife to coordinate the winter eagle survey and breeding season monitoring efforts.

Bald Eagle numbers have increased substantially during the past two decades, and Vermont is now host to at least 45 territorial pairs. Increases in Bald Eagle populations have resulted from a combination of factors; these include the banning of DDT in North America, an effective reintroduction program and the protection of Bald Eagle breeding and wintering habitat through the Endangered Species Act. Vermont conducted its own reintroduction program from 2004-2006, releasing 29 eagles in Addison, VT.  The Bald Eagle has reached its recovery goals in Vermont and has been proposed for removal from the State Endangered Species List. Biologists Margaret Fowle and Mark LaBarr discussed the success of the 2016 breeding season on Across the Fence.

Audubon Vermont biologists work in partnership with the Vermont Fish and Wildlife Department to coordinate the annual winter Bald Eagle Survey and locate and monitor Bald Eagle breeding sites. The two-week winter survey is conducted along 15 Standardized Survey Routes (SSRs) in early January, and is coordinated by the Biological Resources Division of the United States Geological Survey.

Fourteen of the 15 Standardized Survey Routes (SSR) were covered for the 2021 winter survey.  At least 44 Bald Eagles (25 adults and 19 immatures) were observed by designated observers on Vermont’s SSRs in 2021. This number is below the record number of 68 counted in 2019, but greater than three of the previous four years.  Bald Eagles were located on at least 8 of the 14 SSRs surveyed in 2021, including 3 routes along Lake Champlain, 2 routes along the Connecticut River, Lamoille River, West River, and Winooski River. The area between the Champlain Bridge and Charlotte on Lake Champlain supported the largest concentration of Bald Eagles (14 adults and 13 immatures) in the state.

Since 1979, community scientists have been keeping tabs on bald eagles as part of Vermont Audubon's annual winter bald eagle survey. In 2019, Audubon Vermont and the Fish & Wildilfe Department started a formal community science effort to monitor breeding eagles throughout the state.

For more information on Bald Eagles in Vermont, contact Margaret Fowle at margaret.fowle@audubon.org or (802) 434-3068. To report sightings to Audubon's portal, visit: https://act.audubon.org/a/eagle-sighting.

To report sightings to eBird, see instructions in the link below.